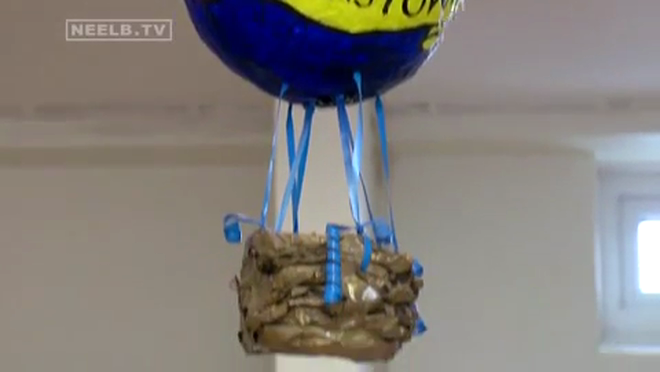 The Best in Northern Ireland

The whole school community of St. Mary's is celebrating after scooping two prestigous  titles at the Northern Ireland School Catering Awards.  St. Mary's won the Best Primary School in the North Eastern Education and Library Board and went on to pick up The Best Primary School in Northern Ireland at the ceremony in W5, Belfast.  The adjudicators commented on the whole school approach to Healthy Eating and Healthy Living.  They commended the excellent practice including the work carried out in the school garden, Family Meal Day and the Foundation Break Initiative. Congratulations to everyone especially, Karen, Trea, Eileen, Dolores and Marie.  It is fantastic to have our good practice recognised at this level.

Congratulations to our P.7 pupil who won the Mid-Ulster Council Eco-Speak competition.  She faced stiff competition at the heats and finals in The Burnavon in Cookstown.  The judges praised her speech, saying her choice of topics were current, local and creatively delivered.

We are celebrating the award of our second Green Flag.  The adjudicator was so impressed with the whole school presentation that he has informed us that we will be put forward as an eco-ambassador school.  We look forward to learning more about this prestigous honour.

Miss Mc Williams, Mr Scullion and the Eco-Team were delighted to be guests of honour at the celebration of 20 years of Eco-Schools in Northern Ireland at Meadowbank.  The children made a presentation of the work they do in the school and shared their good practice with hundreds of other children and a variety of schools on the day.  They were delighted to be presented with their Eco-Ambassador award.  St. Mary's is the only school in Derry to have received this award and one of ten schools in Northern Ireland.  The award recognises the leadership the children have shown in this area and whole school involvement.  Congratulations everyone. We are continuing to be the best we can be.

Check out our wonderful choir performing at the School Choir of the Year competition 2016 at Strule Arts Centre in Omagh.  Congratulations to Mrs Graham, Mrs McAllister and all of the children for a wonderful performance and all of their hard work and dedication.

We are very proud of our Special Needs Classroom Assistant, Aislene who was asked to share her good practice on strategies for transition for children with ASD.  She presented to her peers at an ASD Seminar in Antrim Board Centre.  Well done Aislene. 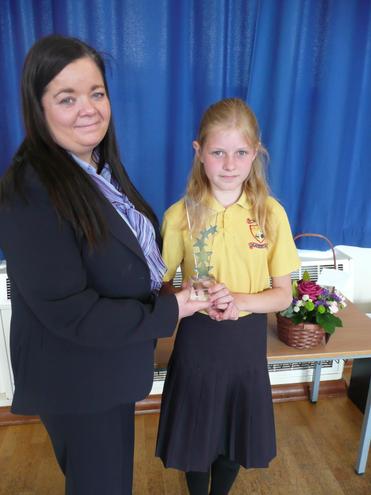 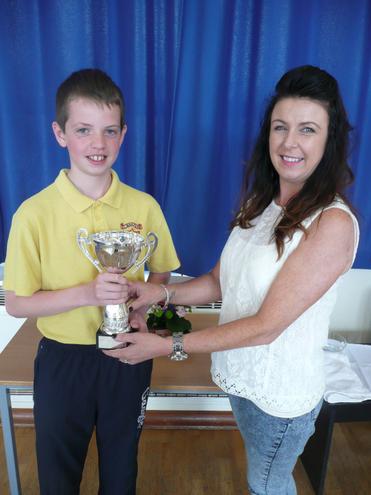 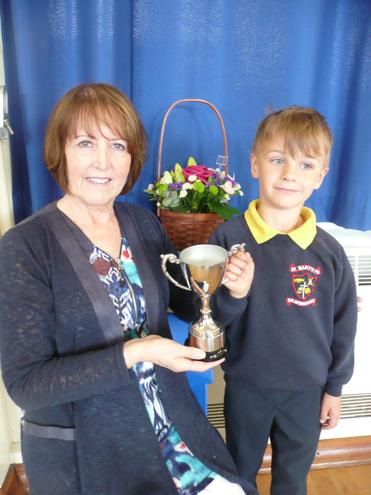 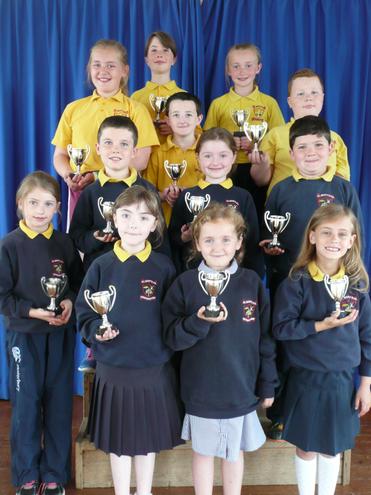 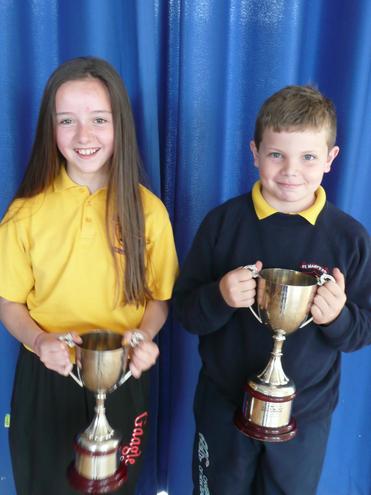 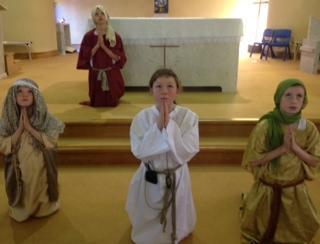 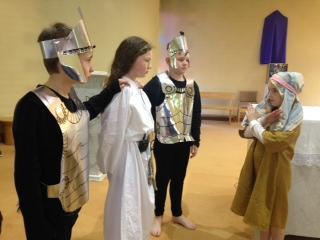 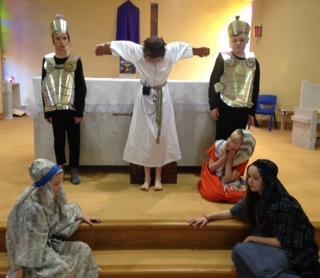 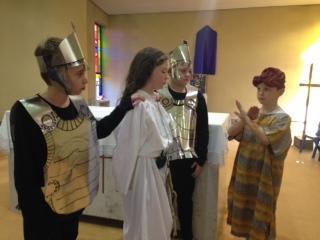 Congratulations to everyone on a powerful and moving performance of The Passion Play.

Congratulations to Earth Girl and Reusable Queen who represented the school so well at Environmental Youth Speak in Magherafelt.

Good Practice in Speech and Language

As early childhood educators, it is our responsibility to give each child the best experiences, knowledge and growth in all areas of development, giving them the opportunity to be the best they can be.  With this in mind St. Mary's P.S. organised a cluster group for Classroom and Nursery Assistants in the local area to take part in the Hanen Language Programme.  Speech and Langauage Therapist Rosie Sleator led the course.  The Hanen Language Programme is a child-centred approach to facilitating children's social, language and literacy development.  Staff from St. Mary's, Slievegallion Early Years and Naiscoil na Sperrini took part.  It was an excellent course and a huge benefit to children and staff alike.

The School Council and Eco-Council of St. Mary's P.S. Draperstown made history at Stormont when they became the first children ever to give formal evidence to a stormont Committee.  They presented to the committee for Culture, Arts and Leisure in an effort to keep their local library open.  As a result the library not only remained open but moved to new premises in 2014.

The theme for Anti Bullying Week 2014:

'Together we can make a difference' .

Pupils from all  year groups participated in class based activities to promote positive behaviour and strategies for keeping safe .

Once again the highlight of the week was the poster competition

The children worked very hard to create colourful posters giving the very important message that bullying is wrong and not to be tolerated in our school.

Pictured below are the winners with their posters.

Unfortunately not the ones with chocolate chips.

Some cookies are necessary in order to make this website function correctly. These are set by default and whilst you can block or delete them by changing your browser settings, some functionality such as being able to log in to the website will not work if you do this. The necessary cookies set on this website are as follows:

Cookies that are not necessary to make the website work, but which enable additional functionality, can also be set. By default these cookies are disabled, but you can choose to enable them below: